The Roman Army was the longest existing institution in history. It spanned from around 700 BC to the fall of Constantinople in 1453 AD – more than two thousand years. Its role in the projection of the power of Rome and the expansion of the Empire cannot be over exaggerated. In its heyday it had the organisation, discipline, techniques, medical care and tactics that were not matched until the beginning of the twentieth century. Its endeavours have always fascinated people from all walks of life and from all parts of the world. 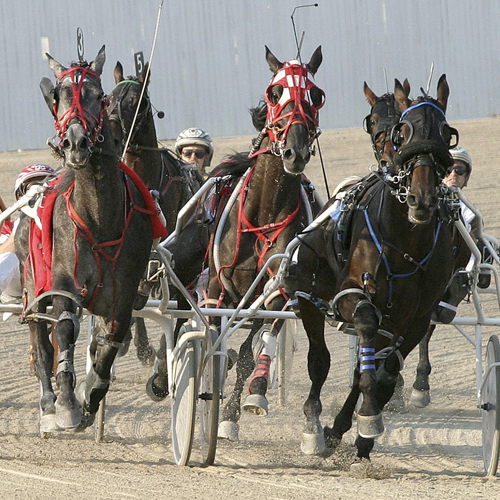 Man has always been fascinated by competitive sports. Man to man combat or group spectacles have always attracted a large audience. Chariot racing is such a sport and its drama widely thrilled the populace of the ancient Roman Empire. 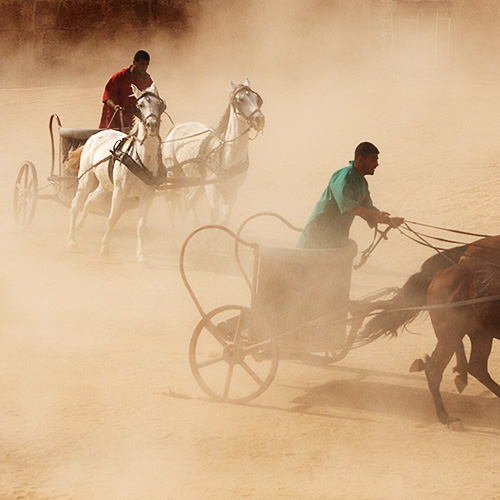 Greek style chariot racing was characterised by private or family participating teams and was very popular in the Etruscan period and early Roman Republic. However, according to Pliny, by about 70 BC “Roman Style” races became dominant in Rome and the Western Empire, the essential difference being the rise of four (at first two) fiercely competitive, privately financed factions identified by the colours red, green, blue and white, in whose name teams were entered. Loyalties shifted to these group enterprises and enabled the development of organised betting and the appearance of professional career charioteers. 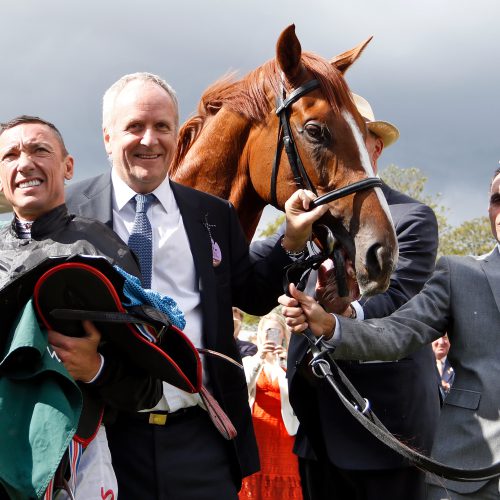 BANQUETS FOR BOTH THE VICTORS AND VANQUISHED

Inevitably, chariots designed for racing purposes aimed at the lightest possible construction, comprising of bent wood, wickerwork and woven leather. This resulted in a vehicle weighing only around 50 kg that was very different from the popular imagination of today, generated by such epic films as “Ben-Hur”. The chariots so depicted were of a triumphal style, used more for ceremonial occasions and, though impressive, would have conferred too great a weight penalty. Although there is no specific evidence to deny their use, the rise of factions, betting and extreme competitiveness suggests that the well-documented lightest style chariot would have been the vehicle of choice. Nevertheless, modern expectations require a degree of compromise and the planned activities at the Jerash hippodrome will employ vehicles of a more formal type.