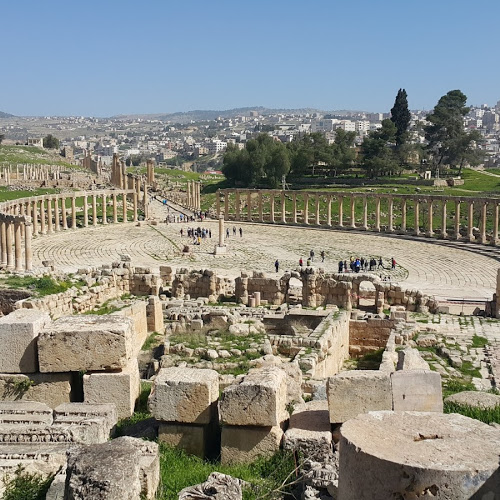 Once a forgotten city, Jerash owes its extraordinary character to its past history.

There is evidence of early human settlement in Jerash – prehistoric Neolithic flint implements east of Hadrian’s Arch and to the north, beyond the city walls are remains of an Early Bronze Age village dating to 2500 BC. Named “Antioch-on-the Chrysorrhoas” or “Golden River” – for the stream that ambles through it – later known as Garshu to the Romans, it was given the Hellenistic name of Gerasa. Its present Arabic name is Jerash.

There are many suggestions as to the founding of the city. “Antioch” may be a reference to Antiochus IV, one of the Seleucid Kings; other inscriptions attribute its founding to Alexander the Great, and still others to Ptolomy II (285-246 BC).

It is believed that Theodorus, the tyrant of Philadelphia, hid his treasure in the Temple of Zeus, in Gerasa, for safekeeping. Theodorus soon lost Jerash to Alexander Jannaeus, the High Priest and ruler (102-76 BC).

Jerash lies on a plain surrounded by hilly wooded areas and fertile basins. Conquered by Pompey in 63 BC, it came under Roman rule and in its golden age was one of the ten great Roman cities, the Decapolis League. 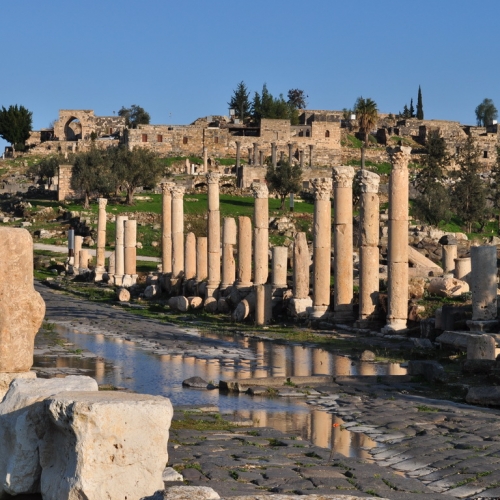 ONCE HOME TO GREAT CIVILIZATIONS

Caravan trade routes were vital to the prosperity and the survival of the Decapolis cities. The Via Nova Triana built around 112-114 AD from Damascus to Aqaba connected Gadara, Pella, Gerasa and Philadelphia with trade routes from the Mediterranean to the Red Sea. Gerasa, with its colonnaded avenues, temples and theaters, was an important commercial and administrative center.

A triumphal arch in honor of the Roman Emperor Hadrian, who visited the city 129 AD, still greets you today as you enter Jerash.

When Emperor Constantine converted to Christianity in 330 AD, it became the state religion of the Byzantine Empire. Today the remains of at least fifteen churches found in Jerash, some with magnificent floor mosaics, were built to replace the pagan temples. 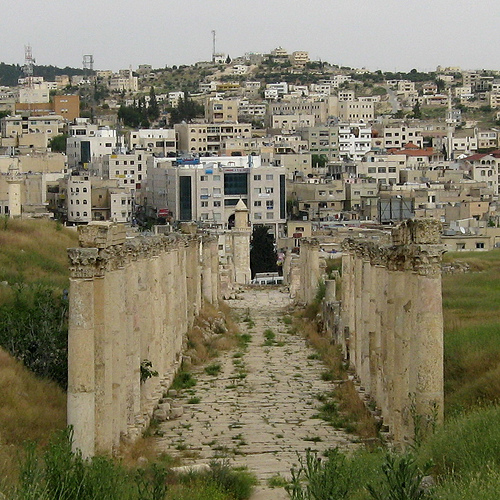 In the third century, Jerash was embroiled in the uprisings that spread against the Romans affecting the region. Later, shipping replaced much of the overland trade and the cities floundered also as a result of the Persian invasion of Damascus and Jerusalem and by the subsequent Muslim conquests of 636 AD. 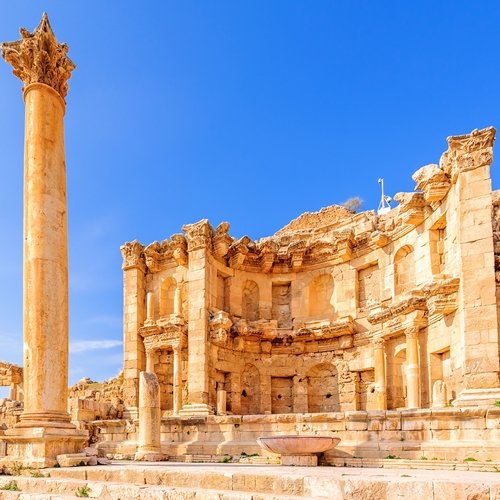 A series of earthquakes hit Gerasa burying it for a thousand years under the sands of time. Woken from its sleep in 1925, it is still unfurling its secrets with much more to be excavated.